Understanding Bass metabolism can tell us a lot when it comes to targeting both largemouth and smallmouth bass.  Looking back on my first days of Bass fishing, I can remember how simple my thought process was... choose a lake, bring my favorite rod, favorite lure, and try to catch fish. I never considered; time of year, water temperature, weather changes, oxygen levels, water clarity, water depth, pressure changes, location of baitfish, and all the other variables that play an important role in Bass fishing. Today, I can't even fish from the shore without trying to assess all of the many variables which affect the feeding habits of bass. It's an ongoing educational course that we'll never graduate from. Bottom line, the more we know and apply, the more productive we will be on the water.

We all know that the number one priority in a bass's life is to survive. If it does not eat, it will die. This is the key to locating Bass. Find the food and you can bet that there will be Bass nearby. Since a Bass must eat to survive, something else to keep in mind is that when the food moves, so will the Bass.

Understanding the metabolic changes that a Bass goes through can greatly increase our chance for success. When inspected, they are not all that complicated. Simply stated, Bass migrate based on water temperature and it's effect on their metabolism.

Seasons govern the changes in a Bass' environment. Understanding the Bass's seasonal changes will also help us predict where a Bass will be during a certain time of year. They are as follows; Pre-spawn, spawn, post-spawn and dormancy, (which applies to northern lakes where temperatures drop below the '40s during the winter months). In lakes that do not drop below 40 degrees, Bass remain in the late post-spawn phase until temperatures begin to rise again.

Colder water means a slower metabolism and like all cold-blooded species, as their body temperature drops, so does their activity level. Since they are not moving as often, they do not burn as much energy and therefore require less food. Keep this in mind when you present lures in cold water because baitfish are affected in the same way. Something moving fast often looks out of place during the colder months.

The same holds true for warming water. As the temperature rises, so does the Bass's metabolism. The hotter it gets the more they eat and the more active their prey becomes. There is a breaking point under extreme temperatures where a Bass's movement burns more energy than they are capable of replenishing through the consumption of food. This affects how often they feed and what they choose to feed on. A large Bass will wait for the largest possible offering that requires the least amount of exerted energy. (Hence the saying "Big Baits Catch Big Fish")

This holds the most truth under severe frontal conditions. As a cold front approaches, the Bass become very active and feed heavily. They can be found cruising the banks in attack mode and are easily caught. As the front settles in, they become less active and hold tight to shallow cover. Once a cold front has passed a high-pressure system follows, which raises the barometer unless we are dealing with multiple cold fronts.

Under these quick changes from low to high-pressure Bass will move to the first primary or significant drop-off, closest to the area where they were before the front moved in. Under rapidly increasing pressure, a Bass will not only move deeper but also hold very tight to cover. Some biologists speculate that it has to do with fear and disorientation caused by the sudden change in pressure. The Bass knows that something is different and therefore seeks the safety of cover for protection.

Bass like to be on, near or around cover at all times, if available. Yes, Bass do use cover to ambush prey, but its main use is for protection from danger. They learned at a very young age they must "Hide to Survive". It's simply a matter of instinct.  Bass that travel in schools and chase open water pelagic baitfish tend to suspend in open water more and use the school as their cover.

Although we can determine the placement of Bass under changing weather conditions, we must keep in mind that they need time to adjust to the change in pressure. They are not as eager to strike under heavy post-frontal conditions because the survival factor becomes greater than their need for immediate food.  Especially since approaching fronts trigger the feeding response in Bass and they tend to gorge themselves prior at the arrival of a front. Don't get me wrong, they will feed, but their strike zone has shrunken making them more difficult to catch. This should govern our approach and tactics. Fish tighter to cover!

Many people argue that when hit with heavy frontal conditions, you should downsize your bait, change to lighter line and slow your presentation down. Many top B.A.S.S. Pros like Kevin Van Dam, Davy Hite, Larry Nixon, and Denny Brauer do just the opposite and throw larger baits and speed up their presentation. They call it "JUNK" fishing. Move from spot to spot making only a few casts at each piece of structure or cover. You need to cover as much water as possible and stay in contact with whatever cover or structure you are fishing. Fish points, docs, stumps, rock piles, rip-rap, and any other "JUNK" you can find with the intent of catching one fish from each area.

Why is speed important? Fishing fast leaves a Bass with less time to examine, interpret, and decide whether or not to strike at a lure. Most strikes do not occur because the Bass is feeding, but because they are reacting to something that is dropped in front of their face and then quickly taken away. They just hit the bait out of reaction. If you throw a fast-moving bait, in the snout of enough Bass, one will eventually hit it. Remember, on a tournament day, you only need five good bites to win! 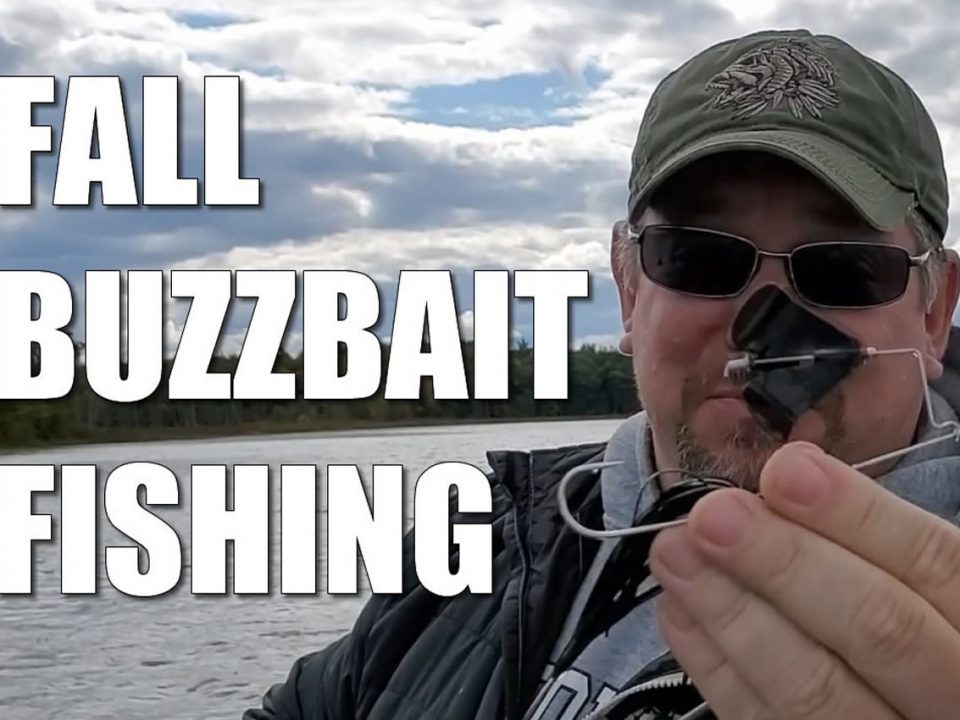 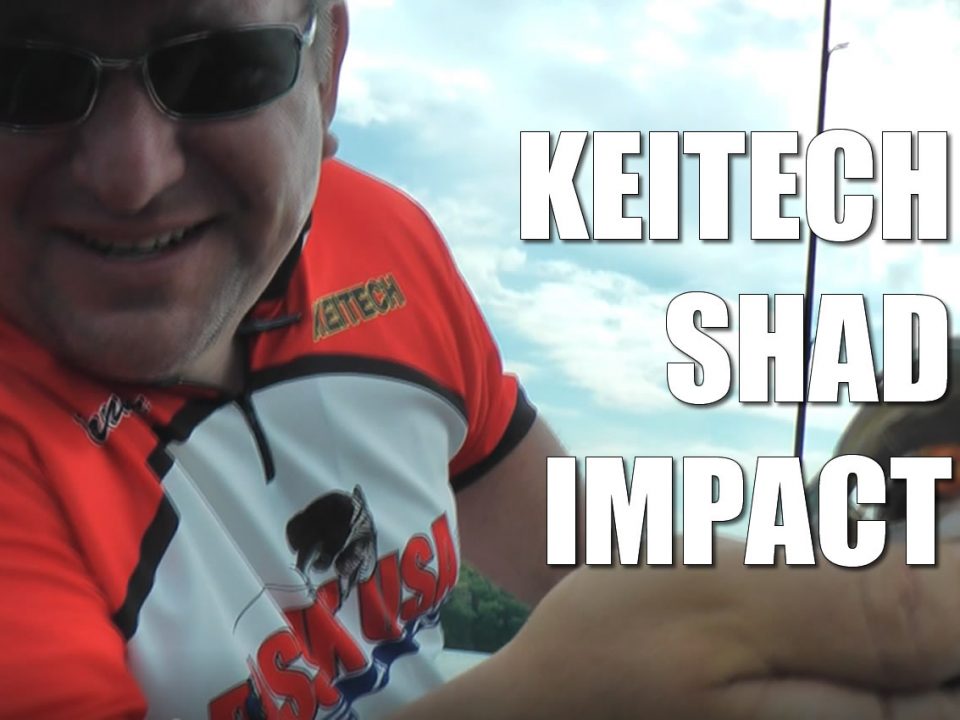 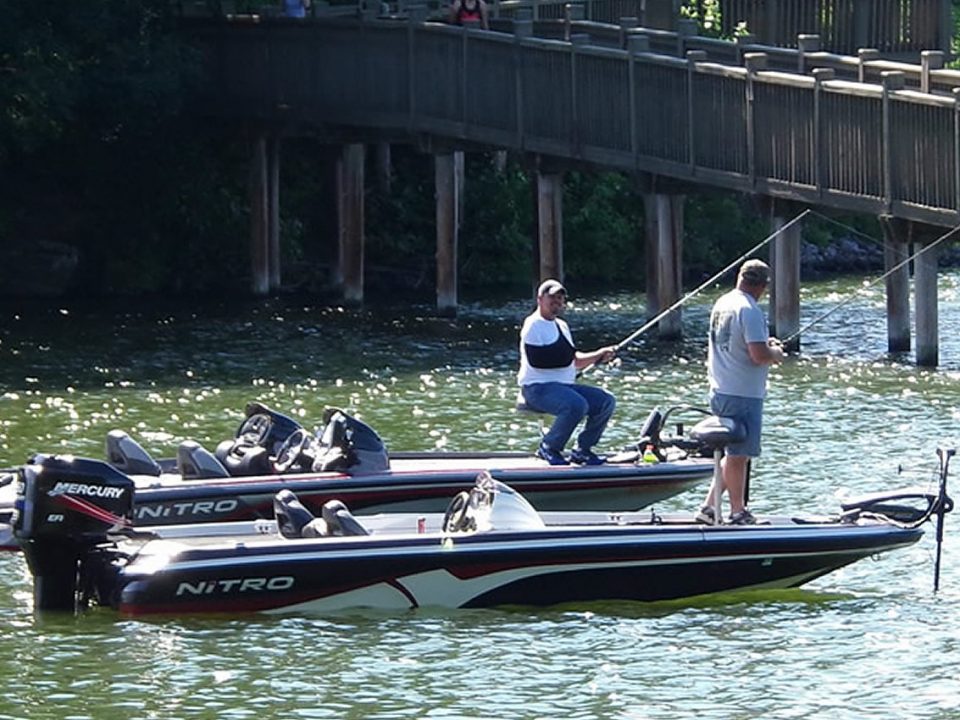