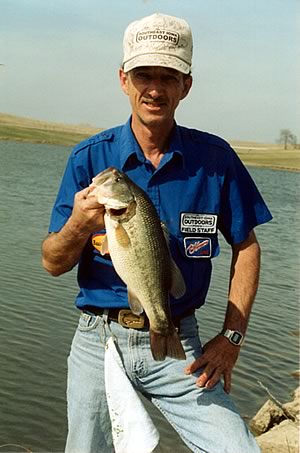 Johnnie was fortunate to grow up in the Missouri Ozarks where he learned to fish the deep clear lakes along the Missouri, Arkansas border. His favorites include, Bull Shoals, Table Rock, Norfork, Truman and Lake of the Ozarks. After a tour in the U.S. Army during the Viet Nam Conflict Johnnie moved to Muscatine, Iowa where he learned to fish the Mississippi River and surrounding lakes.

Johnnie feels that the great contrast between very deep clear lakes and the shallow, muddy Mississippi river has made him a much more versatile angler. Johnnie is confident he can locate and catch fish under most circumstances, be it low clear water or massive flooding.

Johnnie has been fortunate in his outdoor endeavors which include, some television work “Dan's Fish-N-Tales” and the “Virgil Ward Documentary”, a twice weekly radio show, “Outdoors With Johnnie Crain” writing for Midwest Outdoors, BIg River Outdoors, Hawkeye Outdoors, AnglerSport and Pro Bass News and has a weekly page in the Muscatine Journal “Johnnie Crain Outside.”

Johnnie's “Oh No's”. Once caught 38 bass during a tournamnet and not one reached the minimum size limit!

Came to the second Great Plains Tournament of Champions weigh in with 14# of bass, but was one hour late due to a faulty wrist watch. Nine pounds, won the event. The watch is at the bottom of Saylorville Lake.

Once sunk a boat in a lock and dam of the MIssissippi river at LaCrosse Wisconsin, a barge towed the boat upside down three miles down the river to the nearest landing and completely leveled everything right down to the fishing deck. 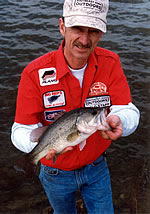 Johnnie's hopes for the future is to be the oldest angler ever to win the BassMaster's Classic and to catch a ten pound bass from the MIdwest lakes.

He also hopes to fish with legendary angler, Virgil Ward, which should occur this summer.