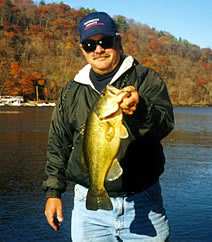 Ray Scully is a member of the Bassin’ USA “Young men over 50 club”. He is married with three children and is a grandfather. He has been fishing for over 48 years, both fresh and salt water.

He is the owner of a delivery business, “Paramount Delivery Service”, and a small lure Manufacturing Co., “Performance Products” maker of the “Three Bladed” spinnerbait and “The Viper”.

From 1967-69 Ray served our country in Viet Nam with the 101st Airborne. He was a smallmouth, largemouth and pike guide 1973 thru 1976 on the St Lawrence River out of the Clayton, Cape Vincent and Alexandria Bay area with one of his best friends Rodney “Little Jaw” Phillips. 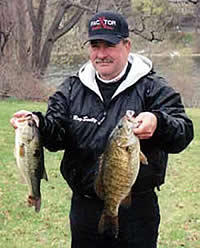 Life long friends include Nolan “Red Eye” Edwards, a knowledgeable smallmouth fisherman and Lee Roy Bailey Jr, Top 150 BASS Angler, Connecticut River Guide, author of “See You On The River and his new book “Current Tactics”. Both of which are must read books for river fishing in general, according to Ray.

Through his association with Smallmouth Inc., he was fortunate enough to strike up acquaintances with bass fishing legends like Billy Westmoreland, Bill Dance, Dick “Mr.Jig” Bengraff, Chuck “Capt. Chuck” Duggans and Lawrence Cody a smallmouth top honcho from Nova Scotia. 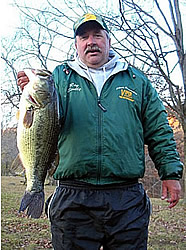 He is currently working on a book “New York's Top Ten Smallmouth Streams”.

Ray fishes about 120 days a year, and competes in approximately 15 tournaments per season.